William is proud to be the third generation of William Lauderdales to be at the helm of the business, following in the footsteps of his grandad Billy and dad Bill. William has over twenty years experience as a funeral director and has cared for a large number of families in and around Gateshead, where he has lived all his life.

Although proud to maintain many of the traditions inherited from his father, William is a modern funeral director and is always keen to embrace change and new developments in the profession he loves. He believes in giving families choice when planning a funeral and will work hard to accommodate particular requests, and he is always happy to discuss new ideas with clients.

William Lauderdale has a great empathy with bereaved people, who ﬁnd it very easy to talk to him; not least because he has personal experience of loss, which has deepened his understanding of bereavement and the many issues facing his clients and their families. William treats all his families with courtesy and warmth, and the loved-ones in his care are always treated with the greatest respect and dignity. William’s aim is to remove much of the stress from arranging a funeral. To this end he has created a funeral home which is modern, relaxed, comfortable and peaceful.

Although he had helped out at weekends and in school holidays, William formally joined his father, Bill, in the family business in 1998 and quickly absorbed the essence of the profession of funeral directing. Bill later released William for a year’s work experience with another funeral director to broaden his knowledge, practical skills and conﬁdence before returning to the family business, putting into play all the experience he had gained. From this basic foundation, William learned more advanced skills from Bill who was a qualiﬁed embalmer and funeral director. With Bill’s guidance this allowed William to take a more direct and advanced role in the running of the family business.

William’s expertise and dedication in working with and for bereaved people was recognised in 2017 when he was elected a Licentiate of the Society of Bereavement Practitioners, an organisation founded in 2005 for the promotion and recognition of best practice in bereavement care and support.

Tyron has worked for W. Lauderdale and Son for six years, beginning as a driver/bearer. He showed interest in the profession and later joined our family business as a trainee funeral arranger and conductor, where he is learning every aspect of the funeral profession.

Tyron has proved to be very popular with the families he has worked with and has a clear understanding of the needs of bereaved people.

Tyron’s IT skills are also very useful in the funeral home’s office where he assists with the daily administration.

Tyron is a Member of the Society of Bereavement Practitioners and in January 2021 was awarded the Society’s Badge of Merit. 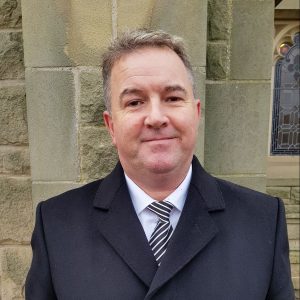 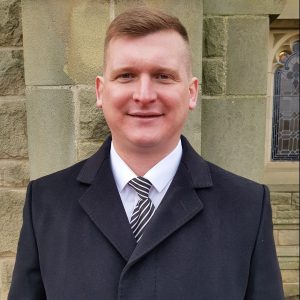 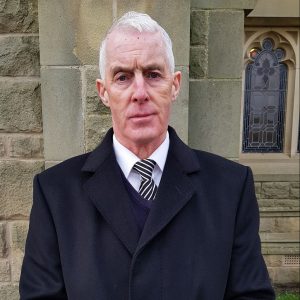 We use cookies to ensure you have the best possible experience while using our website. Learn More